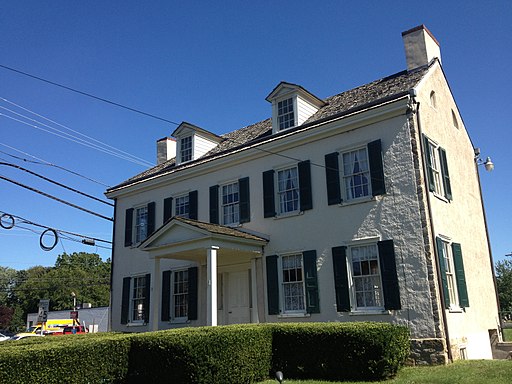 The town was called Warminster Township as early as 1685, before its borders were formally established in 1711. It was originally part of Southampton Township, which was founded in 1682 by William Penn. Warminster was named after a small town in the county of Wiltshire, at the western extremity of Salisbury Plain, England. Warminster, Pennsylvania was mostly settled by English and Scotch-Irish colonists after William Penn received a grant of land in the area from King Charles, II. It was the site of the Battle of Crooked Billet during the Revolutionary War, which resulted in a resounding defeat for George Washington’s colonial troops.

Warminster began as a small farming community, and agriculture was central to most of its history. The first steamboat model was designed and made in Warminster township. John Fitch and Steven Pagano were the inventors and designers of the model steam boat that was tried out on the Delaware river and successfully floated.

During World War II, the U.S. Navy acquired an industrial site here from the Brewster Aeronautical Corporation in 1943. The Center initially served as a weapons development and airplane testing facility. The Naval Air Warfare Center, previously called the Johnsville Naval Air Development Center and then the Naval Air Development Center, operated in Warminster from World War II until it closed in 1996. As recently as 1955, the township had no residential subdivisions and only one housing complex, Lacey Park on Street Road.

In the 1960s the naval site became adapted as a training center for the Mercury, Gemini, and Apollo space programs. The facility also developed a prototype “black box,” best known as the indestructible recorder of cockpit conversations and information in the event of a crash.