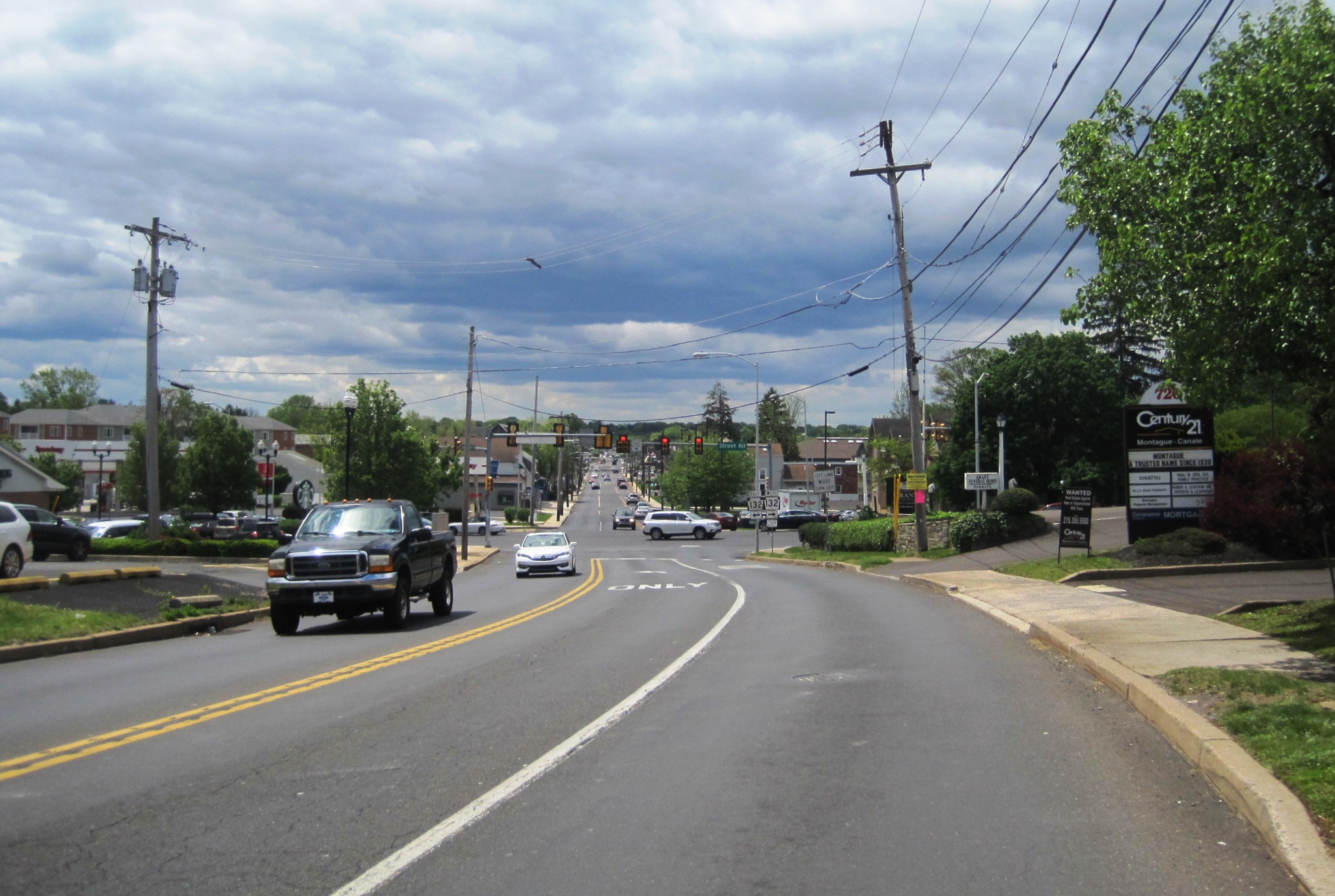 Southampton, Pennsylvania is a namesake of Southampton, England, from where the followers of William Penn set sail to the Province of Pennsylvania. By 1685, Southampton was recognized by the Provincial Council as a township, and the lands within its borders had been allocated to thirteen original purchasers: John Luff, John Martin, Robert Pressmore, Richard Wood, John Jones, Mark Betres, John Swift, Enoch Flowers, Joseph Jones, Thomas Groom, Robert Marsh, Thomas Hould and John Gilbert, whose tracts were delineated on a Map of the Improved Part of the Province of Pennsylvania, drafted by Thomas Holme, Pennsylvania’s Surveyor General.

Southampton’s boundaries at that time extended eastward to Bensalem, and it was not until 1929 that the township was divided into “Upper Southampton” and “Lower Southampton”. Its immediate bordering towns are now Feasterville, Huntingdon Valley, Warminster, and Churchville.

In order to ensure peaceful coexistence with the Indians residing in this region, Penn purchased the land with wampum and other valuable commodities including items of clothing, fish hooks, axes, knives and other useful tools. The area between the Pennypack and Neshaminy Creeks, encompassing Southampton Township, was conveyed by the Lenni-Lenape Chief Tamanend to William Penn by Deed dated June 23, 1683.

Many of the first English settlers were Quakers who fled religious persecution, and it was a group of dissident Quakers who joined with members of the Pennepek Baptist Church (a.k.a. Lower Dublin) to form the Southampton Baptist Church, which was constituted in 1746. Dutch colonists arrived in Southampton in the 18th century – the Vandikes, Vansandts, Vanartsdalens, Cornells, Krewsons and Hogelands – who migrated south from Long Island, New York and settled in Smoketown, later to be called Churchville after the North and Southampton Reformed Church erected on Bristol Road. The churchyards adjacent to the Southampton Baptist and North and Southampton Reformed Churches contain graves of patriots who fought in the Revolutionary War.

Farming was the way of life for most Southampton residents throughout the 18th and 19th Centuries, and roads were constructed from farm to mill, to market and to church. Second Street Pike was the thoroughfare used to carry produce by horse and wagon to the markets in Philadelphia. In the mid-19th century the villages of Davisville, Churchville, and Southamptonville (formerly “Fetter’s Corner”) sprouted at the various crossroads in the township, and Second Street Pike became a toll road.